Iowa’s new fetal heartbeat law has been roundly condemned by the Left for being too extreme. The critique was quietly echoed by moderate Republicans who did their darndest to gut the bill before passage — and may have succeeded more than we know.

But while the bill may seem extreme to advocates of abortion on demand, it actually falls far short of the demand of Iowa Republicans as expressed in the state GOP platform, the very first plank of which reads, “We move the Iowa Republican Party aggressively support a Life Begins at Conception Bill without exceptions.”

The gap between conception and heartbeat, typically around six weeks, may seem minimal to some. But when it comes to the legal and moral pro-life argument, they’re worlds apart.

This is why I, along with many other pro-life activists, had mixed feelings about the bill’s passage.  It’s certain to save lives and advance a pro-life legislative agenda that has been stuck in neutral for years, and that’s worth celebrating.  But there’s also a major weakness in the law — one far too glaring to have been included by accident.

Before passage by the Iowa House, an amendment was shoehorned into the legislation that created a number of explicit exceptions to the ban, notably in cases of rape and incest. While many of the GOP’s internal deliberations on the bill occurred behind closed doors, it was no secret that the heartbeat bill, unamended, didn’t have the votes to pass.  Timid Republicans wanted to water down the bill to appease critics and appear more moderate.

Only it didn’t work.

Backlash over the law was immediate, and not a single finger-wagging editorial I’ve encountered mentioned the exceptions.  The fact is, nobody on the pro-abortion Left actually cares about exceptions.  When abortion advocates bring up rape, incest, and life of the mother, they aren’t exercising a valid critique of pro-life policy. These cases, after all, make up only around 1 percent of all abortions in the U.S. Rather, they hide behind exceptions when they’ve lost the argument for elective abortion.

But when squishy Republicans concede the exception argument, it not only fails to satisfy their foes, it also creates an impossible moral and logical contradiction.  As the new heartbeat law now reads, an unborn baby with a detectable heartbeat must now be protected by Iowa law, unless that baby was conceived in a particular circumstance, in which event their termination is legal and state-sanctioned.

You can’t have an innocent person executed because of circumstances outside their control, yet that’s exactly what the law now allows.  Republican legislators didn’t succeed in securing the law by adding additions, they actually created an enormous legal inconsistency that now has to be addressed.

The logical argument for life is predicated upon the personhood of the unborn —ultimately, that we are created equal and that the right to life must not be infringed regardless of age or stage of development.  It’s a simple if-then proposition:  If an unborn child is a person, then there can be no justification for deliberately killing that child.  If an unborn child is not a person, then no justification is needed and abortion has all the moral implications of liposuction.

On most issues, compromise and moderation can be found but personhood isn’t one of those issues.   Americans attempted compromise on the issue of slavery for nearly a century before learning the painful and costly lesson that there’s no such thing as a partial person. But timid politicians, almost exclusively on the Right, still insist on such compromise when it comes to the personhood of the unborn.

Many solid conservative legislators worked hard to pass the heartbeat bill because it represented a departure from business-as-usual pro-life activism and a real step in bringing government up to speed with an American culture that increasingly rejects abortion on demand.

But sadly, another good pro-life law has been handicapped by a pointless compromise for which Democrats offered nothing in return, making it less a compromise, more a gift.

I’m glad that that the heartbeat bill survived both houses and made it into the Iowa Code and thankful for all of the courageous legislators who pushed it through, but I hate that I have to celebrate something so far short of the standard set by the Republican platform.  Democrats are great at demanding more from their public officials.  Those of us on the Right, not so much.

Usually we are told what we may demand, and then we settle.  Last year that was a 20-week abortion ban after a Senate committee shelved a bulletproof life-at-conception act.  This year it was the heartbeat bill, which passed the Republican House only after the injection of a toxic cocktail of exceptions and a massive amount of external pressure.

Does anyone really believe that even if the GOP escapes November with a majority, they will touch another pro-life bill at all, much less life at conception?

If a state government completely controlled by the GOP cannot manage to pass a clean pro-life bill, serious pro-life activists must consider whether it makes sense to keep supporting the Republican Party, or whether our efforts are better spent elsewhere.

After all, when lives are on the line, another exception-laden “and then you can kill the baby” law just doesn’t cut it. 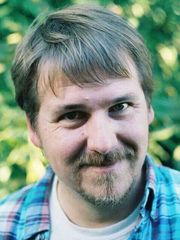 Joel Kurtinitis of Des Moines is a homeschooler, conservative-libertarian writer and millennial political activist, who contributes regular columns to the Register. Follow Joel on Facebook at www.facebook.com/jkurtinitis or on Twitter @Joel_Kurtinitis