On Abortion, Let the Evidence Speak

There is no topic in my NewsFeed that gets more attention than abortion. Decades-old rationalizations and long-debunked pro-abortion arguments are so pervasive that I find myself mentally stockpiling pro-life answers to the most common deceptions.

It’s 2018. The science of embryology has come a long way since Roe v. Wade, yet across social media I still see abortion proponents parading 1970’s science around as current fact. What’s worse, many of the pro-life responses fail to leverage these medical advances and instead rely on personal convictions or blind sentiment. And it’s cost the pro-life movement a lot of momentum in an age where ultrasound technology has changed the way millennials feel about abortion. As scientific awareness increases, young Americans are becoming more convinced of the personhood of the preborn.

Even though it has become easier to argue the pro-life side in a world with access to medical journals at the click of a button, I feel like the pro-life movement isn’t necessarily putting forward our best arguments. It’s possible that the most effective tool religious pro-lifers have is a non-religious argument.

A quick Google search will show the extent to which abortion supporters want to link the issue with religion – if the pro-life position can be linked with religion, it is easy to marginalize in an increasingly secular America. They know that if they can create the perception that all arguments against abortion are made on religious grounds then they are inadmissible in the public debate. And this tactic continues to work in their favor.

In every comment thread, news article, and protest, you will see intellectually lazy slogans such as, “keep your Bible off my body”, “keep your rosaries off my ovaries”, “keep your theology off my biology”.

With the preponderance of scientific evidence in our favor, we just can’t let them get away with such inane mantras.

Abortion proponents like to claim the authority of science but refuse to recognize the scientifically undisputed fact of when human life begins – and that presents us with a singular opportunity.

When pressed on scientific assumptions, they will often resort to personal convictions as a basis for their rationale – something they accuse pro-lifers of doing. But personal convictions are not relevant in a public policy debate, only evidence. And the evidence says that human life begins at conception, that the baby is biologically distinct from the mother with his or her own unique DNA and genetic code, and individual human rights.

The truth is that we are all just clumps of cells. We are all human beings in different developmental stages as we age throughout our lifespan. Terminology such as zygote, embryo, fetus, infant, toddler, teenager, and adult are simply descriptions of these different stages – and at no point in the developmental process is it morally or scientifically justified to end innocent human life.

These are the facts that render abortion activists speechless and the pro-life movement needs to capitalize on them. It’s time for us to boldly take ownership of the word science. There’s no reason for pro-lifers to qualify our arguments with phrases like “I believe”, or “my personal convictions are”. Instead, lets learn to lead with “science affirms”, or “biology textbooks say”.

While it’s true that Christians are largely pro-life, it is not true that one must be a Christian in order to espouse pro-life beliefs. Similar to the Christian-driven civil rights movement, the pro-life argument makes universal appeals. It is an irrefutable scientific fact that human life begins at conception, and it does not require a religious person to acknowledge this truth.

The pro-life cause has many secular allies who accept the truth about human life and stand ready to fight alongside us. This is one area where we can unify to form a stronger movement to gain the public support we need to end the scourge of abortion. Additionally, you never know how God may use these connections to draw people into His kingdom.

As a devoted Christian, I know that life has no value aside from that imparted by the Creator. I know that the moral argument underpinning the abortion debate is in fact the most eternal aspect of the entire discussion. Godly people

reaching out on conviction to help young women in crisis and to protect their innocent children will always be the heart of the pro-life movement, but to give traction to that passion requires that we use all tools at our disposal. And there is no tool that the abortion lobby fears more than the emerging scientific consensus that human life begins at conception – that a person’s a person no matter how small.

Kelsey Kurtinitis is a board member of Personhood Iowa, a millennial mom, and a pro-life activist. 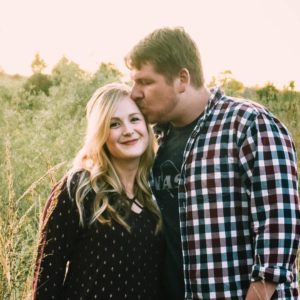